I was going up to YouTube and found a video taken live during the launch of the SpaceX Falcon Heavy rocket. As a kid growing up in the 60s, we would always watch the rockets launch. We would even take time out of the school day to watch space events on one of the three TV stations that we had access to.

I must admit that I have not seen a live space launch, probably since 28 January, 1986. With launches up to the International Space Station being so routine and the busy work-a-day world, I have lost that boyhood infatuation with space travel.

Today, I find myself looking at the interest in manned space flight to Mars. I am seeing a younger generation leveraging the Baby Booomer generation’s technology and putting their hopes and energy into space travel. We have a great many talented young folks getting involved with space on an engineering level. It is actually fun to see these younger folks get excited about space and that is great because it gives us a drive to become strong in science and technology again.

When I look at a rocket or a space mission, I see a lot of engineering and technology that is supported by vacuum technology. I think of the systems used in the manufacturing and testing of space technology and how the Vacuum Industry has supported space science and exploration. 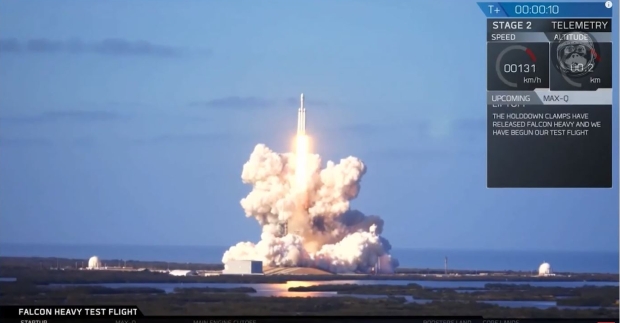 With mild interest, I started watching the video and although it was not live, I found myself getting caught up in the excitement. The SpaceX Falcon Heavy is quite a piece of engineering. It can put 63,800 kg (70 tons) of payload into low Earth orbit.using 27 SpaceX Merlin engines. Only the Saturn V from used in the Apollo program has lifted a heavier payload.

The second unique engineering feet that SpaceX has accomplished is the reuse of rocket boosters. The boosters and the center core return to Earth for refurbishment and reuse. This supports the SpaceX drive to vastly reduce the cost of space travel. 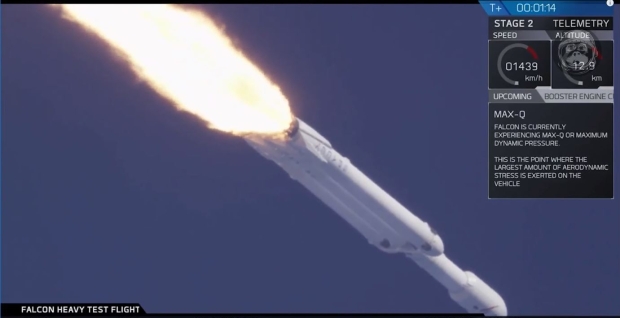 Falcon Heavy at Max Q, the time of the heaviest stress on the rocket.

This mission was a test flight of the Falcon Heavy. For a test flight, a “mass simulator” is put in the rocket to simulate a real payload. Examples of “real payloads” might be a package of instruments, supplies for the International Space Station or sections of a space station. This mission had something a little more fun. It had a cherry red Tesla Roadster with a mannequin in a SpaceX space suite. Also on board was an archival package, a plaque with the names of the SpaceX employees and some Issac Asimov novels. 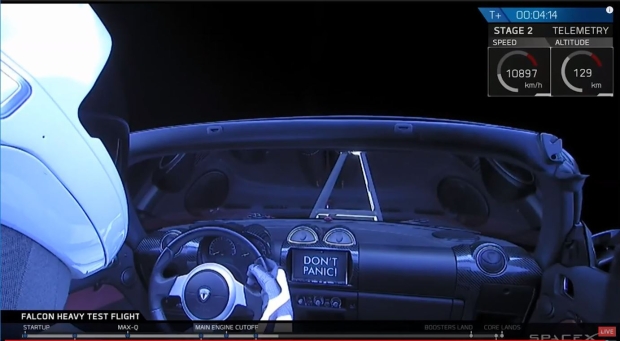 Passenger seat view from the Tesla Roadster launched on the Falcon Heavy rocket.

Once the fairing was opened, the Roadster and Starman were exposed to space. The plan is to put them in orbit “for a billion years”. Yes, this is the actual view from the roadster in space. 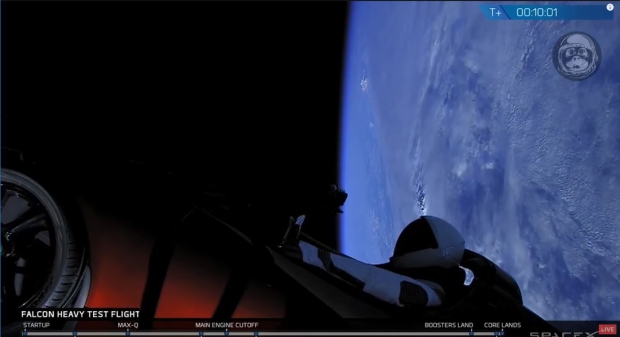 Actual view of the Tesla Roadster and Starman dummy headed for their new Mars crossing orbit around the sun.

Okay, this is some fun stuff. It certainly tickled my funny bone to see this non-serious mass simulator put into orbit. I think back on my baby boomer generation and wonder why they just couldn’t kick back an exhibit a little insouciance*.  But back then, space travel was real serious. After all, the Reds were watching. 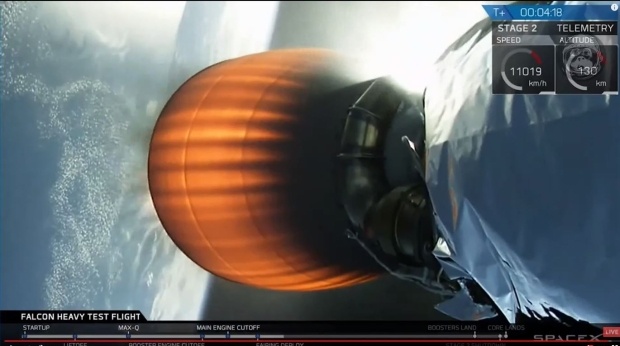 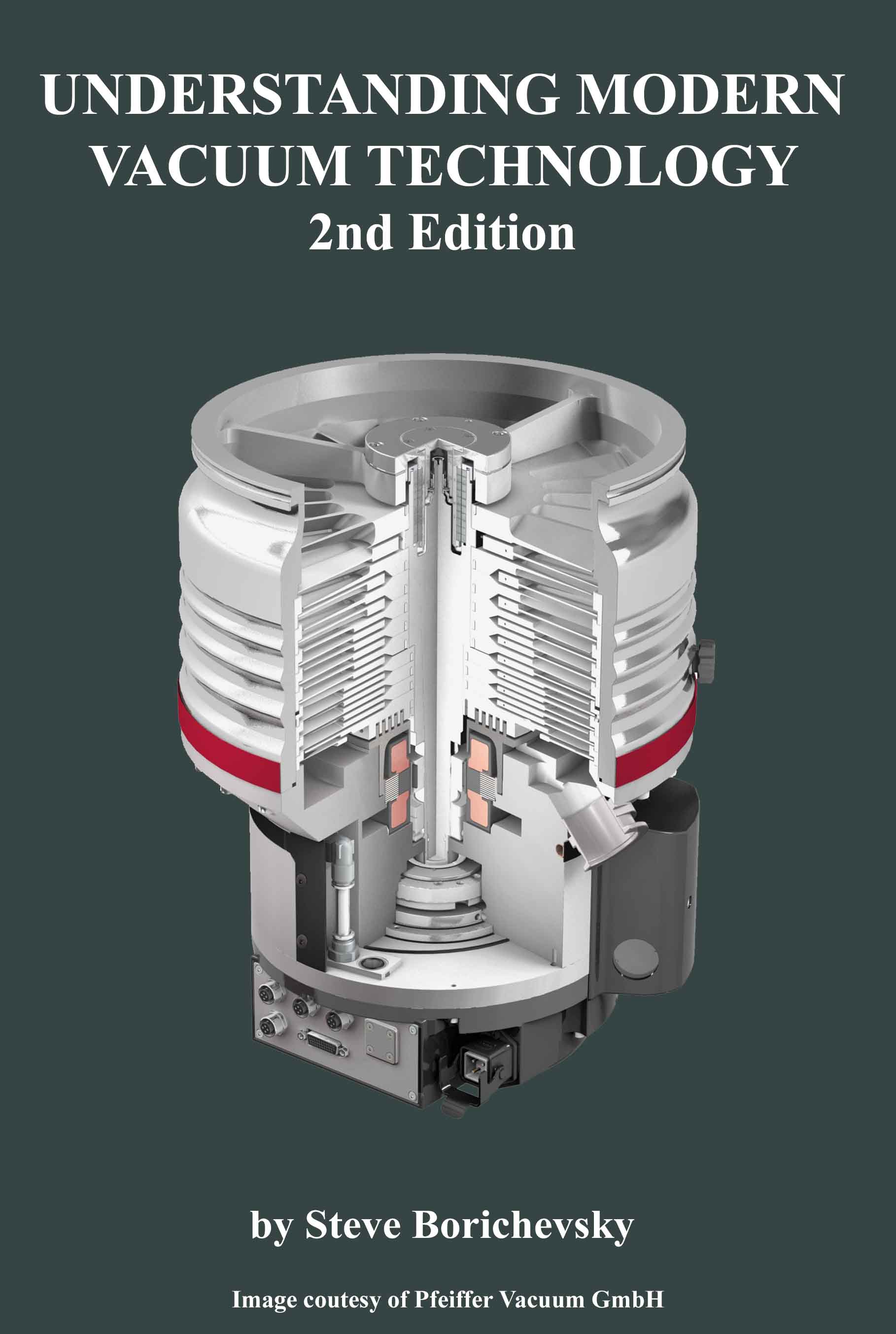